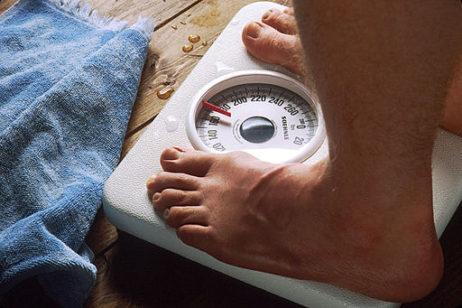 How diet foods prevent weight loss and cause obesity
For decades the diet industry has conned consumers into thinking good diet products are low in fat. This led to a boon in creation of low-fat, high-carbohydrate, and often high-sugar “diet” products that promote fat storage, prevent fat burning, increase cravings, and raise inflammation. Not only can diet foods make you fatter, they can also make you sicker.

Yet another new study shows low-fat diet foods lead to obesity. Rats given high-sugar, low-fat foods that mimic many diet products not only got fatter than the control rats, they also experienced liver damage and brain inflammation.

The sad thing about this study is that the low-fat rats didn’t eat more calories. They consumed the same amount of calories as their counterparts that were fed a balanced diet yet they still ended the study fatter and sicker.

Liver and brain damage from low-fat, high-sugar
The excess fat accumulated around the rats’ livers was similar to the liver damage caused by heavy alcohol use. This study and others similar to it show that brain-inflammation from the high-sugar, low-fat diet also impaired function of the vagus nerve. This is a nerve that runs between the brain and the gut and is vital to both healthy brain and gut function.

Diet foods skew hunger and satiety hormones
The impacts on the vagus nerve and the brain also alter hormone signaling around hunger and satiety. This explains why people on high-carbohydrate, high-sugar diets often feel hungry all the time despite how much they eat.

Dieting signals the body to store fat
The hormones that control hunger and satiety also play a role in fat burning and fat storage. When this system is dysregulated due to a high-sugar diet, this prompts the body to favor fat storing over fat burning.

The best way to reverse this process is to fuel the body with a lower carbohydrate diet that is adequate in proteins and fat, and abundant in vegetables. How many carbohydrates a person needs to consume depends on many factors and varies from person to person. Ask my office for advice.

Dieting makes the body efficient at fat storage
Add a low-calorie diet to the poor performance of mainstream diet products and you have a recipe for lifelong super-powered fat storing abilities. This means a person has to consume fewer and fewer calories simply to avoid gaining weight.

This was best evidenced among former contestants of the popular TV show The Biggest Loser. Although contestants lost weight through a stringent regime of low-calorie dieting and intensive exercise, most contestants piled the weight back on after the show ended. They also had to consume 500–800 fewer calories below maintenance calories simply to avoid gaining weight. This is because the extreme dieting and exercise, though effective, had lowered their resting metabolic rate so that they were burning fewer calories each day compared to before participating in the show.

How to lose weight and stay healthy?
Often people lose weight simply by following a diet that lowers inflammation and removes foods to which they are intolerant, and by stabilizing blood sugar, repairing leaky gut, and addressing chronic inflammation. By focusing on a vegetable-dominant diet you also increase the proportion of gut bacteria that promote fat burning over fat storage.

The key is to gradually switch yourself over to a life-long way of eating you enjoy because it makes you feel better.
For more information on healthy weight loss, contact my office.