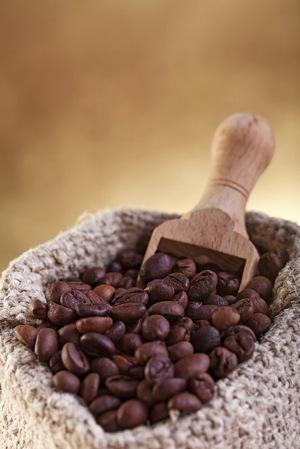 When most people hear the term “coffee enema” they think, “Oh, gross!” But before you click the back button, consider the following; coffee enemas have been known to:

Enemas have been a regular part of medical treatment around the world since at least 1500 BC. Coffee enemas are believed to have been created in the 1920s; in fact, they were listed as a standard of care in the Merck Manual until 1977, when they were removed due to lack of room. Coffee enemas are an integral part of the renowned Gerson cancer therapy, and the National Institutes of Health recently allocated $1.4 million for research on the use of coffee enemas and dietary therapy for treating pancreatic cancer.

Why Do Coffee Enemas?

The modern environment is hard on our bodies. We cope with environmental toxins in our air, water, food, and the many products we use each day. It’s simply impossible to avoid all toxins. The liver is one of the main organs in charge of detoxification, metabolizing many toxins and escorting them via bile to the gallbladder, where they are then sent to the colon for removal. The catch: bile is reused up to ten times. In the past when our environment was cleaner, this recycling system worked fine. Today, however, the toxic burden is so great that it may overwhelm this system, increasing the body’s toxic load and hence the risk for disease.

The Most Powerful Benefit of the Coffee Enema: Detoxification!

In addition to the long list of benefits above, coffee enemas are known to be a powerful tool for detoxification:

I Don’t Drink Coffee … Will I Get A Coffee Buzz?

Only the palmitic acid and other valuable compounds are carried to the liver from a coffee enema. The coffee itself remains in the lower colon until it is eliminated. A coffee enema engages different metabolic pathways than drinking it. Most people who don’t tolerate coffee have no problem with coffee enemas, and, in fact, many say they produce a calm, clear mind. People who are very fragile or sensitive may want to start with a very diluted coffee solution in case the detox overstimulates their system.

Potential risks can be averted with common sense and attention:

Ask my office for detailed directions on how to perform a coffee enema. Some guidance will help make the experience less awkward and more successful. And who knows? You may find yourself becoming an advocate of this time-tested health remedy.

In my Clifton Park, NY office, I offer patients from Guilderland, Loudonville, Delmar, Colonie, and other areas of the Capital District support for chronic conditions and such neurological disorders as ADD/ADHD, autism spectrum disorders, and other brain-based issues. I use the foundations of functional medicine and functional neurology, which can significantly improve health and reduce the risk of more serious disorders.