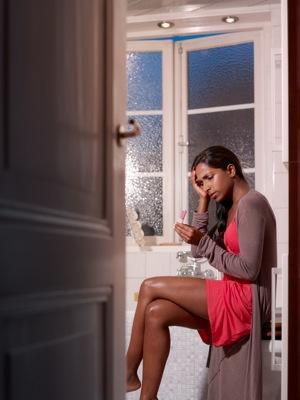 Dr. Richard Herbold of Clifton Park, NY: Celiac disease and gluten intolerance is linked with infertility in both women and men

Couples trying to conceive may want to add a gluten-free diet to their regimen. Research shows a clear link between celiac disease (gluten intolerance) and infertility in both women and men.

Gluten’s effect on the reproductive system extends beyond fertility. In a 2011 Russian study, women with celiac disease generally began menstruating a year or more later than their peers, and suffered significantly more menstrual irregularities and amenorrhea (lack of menstruation).

Knowing whether gluten intolerance is a pregnancy risk can be difficult as symptoms aren’t always obvious. Studies have shown women with undiagnosed celiac disease often do not have digestive complaints, the symptom most associated with celiac. This is consistent with findings in the general population: the majority of those with celiac disease do not, in fact, suffer from digestive problems.

Women aren’t the only ones whose reproduction is affected by gluten intolerance. Male fertility is also at risk. Newer research shows that 20 percent of married men with undiagnosed celiac disease have infertile marriages. Semen analysis has shown problems with both the structure of sperm and its motility. Another study showed men with undiagnosed celiac disease tend to have hormonal imbalances that may lead to infertility. There is good news, however. Sperm function and hormone balance were both shown to improve on a gluten-free diet.

These studies, while illuminating, look at celiac disease only, which accounts for a small minority of people with a gluten intolerance. Celiac disease is an autoimmune reaction to gluten. “Gluten intolerance” is a broader category that includes people whose health is compromised by gluten, although their reaction may not be autoimmune. If studies were expanded to include the full range of those who have an immune reaction to gluten, the rates of infertility and birth complications due to gluten intolerance could be found to be quite a bit higher.

As a clinical nutritionist and chiropractic neurologist, I help patients who are trying to conceive understand the connection between gluten intolerance and infertility in my Clifton Park, NY office. I see patients from Guilderland, Loudonville, Delmar, Colonie, and other areas of the Capital District. They visit my office for various health issues, and years of undiagnosed gluten intolerance or celiac disease is often at the root of many problems.

Before a woman tries to conceive it’s vitally important to address various health imbalances. This will help ensure the healthiest pregnancy possible and lower the risk of giving birth to a child with food allergies or intolerances, or such increasingly common childhood disorders as asthma, eczema, ADD/ADHD, autism spectrum disorders, etc. If a woman is suffering from undiagnosed celiac disease, gluten intolerance, hormonal imbalances, gut infections, chronic inflammation, mismanaged hypothyroidism, or an autoimmune disease, the resultant immune imbalances can affect the health of the fetus or trigger an autoimmune disease or other chronic health condition in the mother.

For more information on natural healing, and for help supporting your reproductive health or other disorders, please contact Dr. Richard Herbold of Capital District Vitality Center, serving Guilderland, Loudonville, Delmar, Colonie, and other areas of the Capital District, NY.

CHECK OUT WHAT OUR PATIENTS ARE SAYING